February 28, 2021
The next day Luna awoke, full of joy and energy. As soon as she woke up she noticed that Alex was up too. His ruffled dark brown hair went over his brown eyes that glinted on his pale skin when he looked up at Luna while she was plating her short light brown hair into two plaits. As usual, she smiled and looked in the mirror in front of her, her green eyes were sparkling like Alex’s and she had a red mark on her pale skin where she had leaned to read in the night. They went down the stairs of their tower together where they met with Morgana and Lorsore while descending from the bear tower; Simonetta, who came from the stork staircase, and Sara from the killer whale. More classmates that they didn't know were coming from all directions, until a boy ascended from the wolf tower, he had jet black hair like Simona’s, his eyes were big and round, his pale skin was slightly freckled and he smiled under a small hooked nose. “Hi, are you Luna Morgana Lorsore, Simonetta, Alex and Sara?” h
Post a Comment
Read more 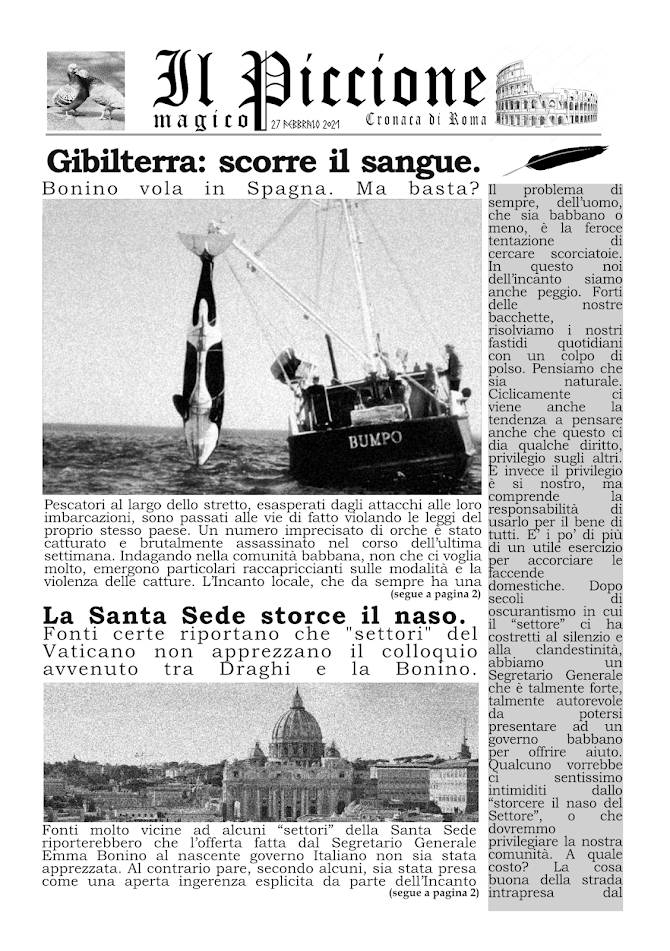 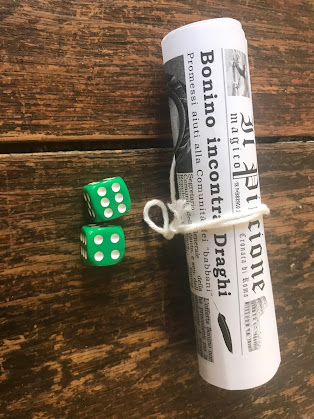 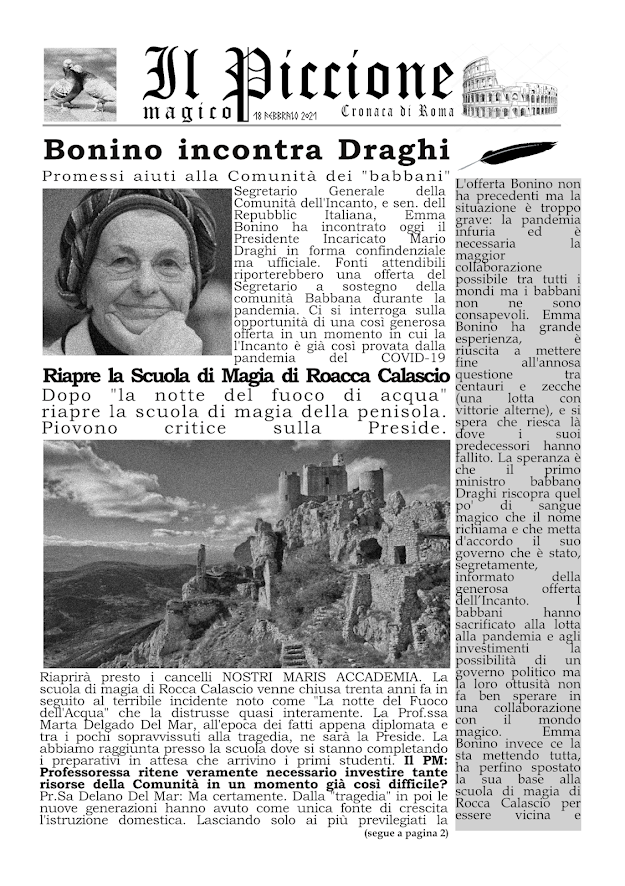 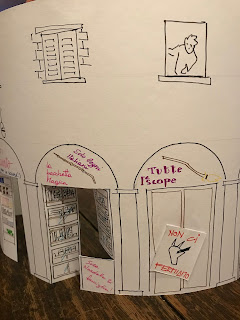 BaleDaddoLailaArtu'
Bale, Daddo, Laila and Arturo have started a new adventure together in the magic world of Witches, Wizards & Wonderful Wands. Lorsore, Morgana and Luna are first year students of the Nostri Maris Accademia, an old School of Magic that reopened after 30 years.... The Academia is located in Rocca Calscio, central Italy, and is the new school of Southern Europe joining the Hogwards School of Wizardry and Witchcraft, the Beuxbatons Academy of Magic, and the Drumstrang Institute The weekly reports are by Laila